Blaak. A street that was once a port, the beating heart of an historic economy. Later, it housed the commodities exchange, the old post office, a train station and the railway viaduct. After the war the office buildings rose and, with that, Blaak became Rotterdam’s epicentre of the old economy.

Blaak16 dates from this era, having been built at the end of the 1970s. A beacon of trust and security, it is a city landmark due to being inscribed with the Dutch artist and poet Lucebert’s famous quote “Alles van waarde is weerloos”. (meaning “All things of value are helpless”), which is a must-see for everyone who rides past on the train. 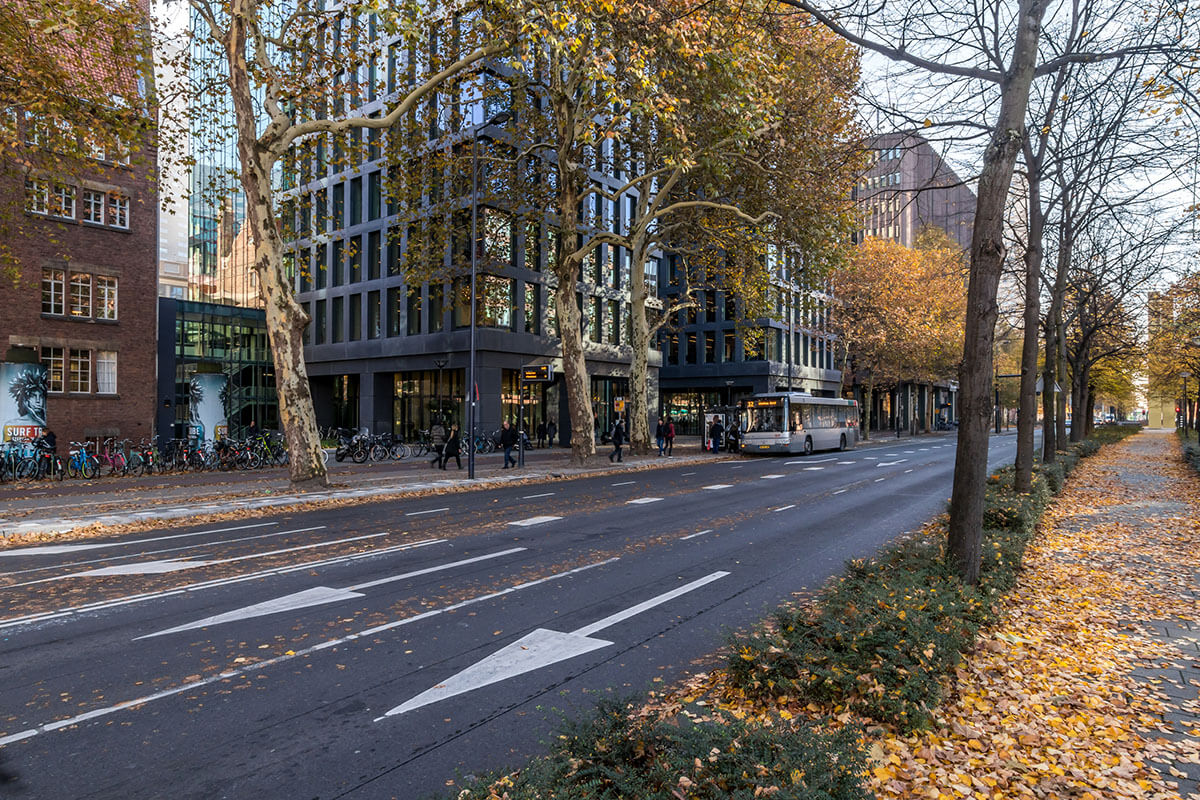 Through times of change, Blaak adapts accordingly. Its outstanding accessibility ensures a strategically strong location in Rotterdam’s business centre. Conveniently surrounded by all the inner city facilities you would expect, while located perfectly for traveling quickly into and out of the city, Blaak16 provides its own definition of the new way of working.

Blaak16 occupies a prominently advantageous position in this street. The building has been revitalised into a multifunctional and highly sustainable (BREEAM Excellent/WELL GOLD) office building, while still respecting the original architecture and surroundings. Features include approx. 1,500 sqm floorspace per floor that’s highly flexible for division, a private parking garage and a rooftop office and terrace that provides a fantastic environment for people who want more out of their job than simply having a roof over their head from 9 to 5.